“If you can convince people that freedom is injustice, they will then believe that slavery is freedom.”
― Stefan Molyneux

Last year as a result of the death of George Floyd, America was inundated with waves of violent protest, destruction, and racist postmodern philosophy such as Critical Theory.  More specifically, they were introduced to Critical Race Theory, which is nothing more than a version of Gramscian Marxism that divides society into groups and then pits them against each other based on race.  It introduced the idea of collective sin and inherently made some sinners and some righteous based on their race.  The sinners must repent by self-flagellation and relinquishing their stolen privilege to the righteous, who’ve been oppressed by the collective of sinners.  This is nothing more than attempting to create power dynamics and then harness them for political gain.

As a result of the advance of Critical Race Theory in government, cultural and corporate institutions, the Idaho Legislature wisely banned the implementation of Critical Race Theory in the classroom.  If they hadn’t, your white or male child would be taught that they are inherently racist and only amount to anything in life because of their privilege, while your minority or female child would be taught that any failures in life would be chalked up to systems outside of their control.  White can do no right, outside of adopting the activism of the Marxists.  A minority can do no wrong, any failures are because of someone or something else outside of their control.  This is a cancerous ideology that has no place in an objective academic setting.

I don’t know whether the pushback against banning indoctrinating children stems from a failure of understanding exactly what is being taught, or if some teachers believe it their duty to impart belief systems and not objective fact in the malleable minds of children.  Some teachers here in Idaho have gone as far as to sign onto the Zinn Education Project’s pledge to ignore state law and push this indoctrination on children and call it history.  They’re right here in your own neighborhoods.  Educators in Pocatello, Blackfoot, and Idaho Falls have signed it.  Are you aware that local educators are signing onto pledges to ignore state laws and impart ideology about systemic racism, sexism, etc. on impressionable children and youths?

When the state legislature passed legislation banning Critical Race Theory in Idaho Schools, it was maligned as bigoted and ignorant, and critics chalked the opposition up to ignorance of Critical Race Theory.  Proponents of CRT equate CRT with history, but it is no such thing.  In fact, under the CRT worldview, objective history does not exist and reframing it to paint narratives that malign entire people groups is necessitated.  This is why we got works of fiction like the NYTimes 1619 project, sold as objective history. It is not.  Its authors admit as much.  In this case, the advancement of CRT’s goals is more important than objective truth and historical fact.  The inherently racist system must be overthrown by any means necessary.

Before the state legislature banned CRT in the classroom, Lt. Gov. Janice McGeachin facilitated a feedback form where parents could anonymously report indoctrination in Idaho Schools.  The Idaho Press Club submitted an open records request to get the list of names and submitted complaints and the lt. governor’s office declined the request.  They sued for access to this information and the Idaho Supreme Court just ruled that this information should be available to the public.  I guess the left doesn’t really believe in whistleblower protections except when it suits their political purpose?  I would be the first to tell you that I gladly responded and I’ll gladly share my own experience with no need for an open records request:

Last Spring Mayor Brian Blad of Pocatello, via the Marshall Public Library, introduced the Mayor’s Million Reading challenge to the Pocatello school system.  In this program, students were encouraged to read a set number of pages or words collectively, with one million pages or words as the goal.  The recommended topic was diversity and inclusion. The reading list by grade was assembled by the Marshall Public Library, and it was disseminated to all of the schools, including my children’s school.  I was disheartened to see that the recommended reading was a laundry list of Critical Racy Theory and progressive politician authored children’s books.  You may be able to discern the contents based solely on the title of the books such as Hands Up by Breanna McDaniel.  Hands Up is a tale of ways in which a child uses their hands to accomplish any number of feats like praying or participating in progressive activism as in the case of the now-debunked “hand’s up, don’t shoot” from Ferguson, MO.  Or maybe you’ll recognize some of the recommended authors, such as Kamala Harris, Chelsea Clinton, or Ruth Bader Ginsberg?  This is how a generation of children are indoctrinated while parents are busy trying to keep the lights on, and highlights the necessity of parental involvement in the schools.

Critical Race Theory is not history, it is philosophy.  It is a way of viewing the world through power dynamics and is nothing more than rebadged Marxism. Critical Race Theory is only able to flourish in a society that has reached such a pinnacle, that it has run out of actual systemic problems to solve and must create supply to match the demand for victimhood.  This is how the United States, which has been the greatest purveyor of wealth and freedom in the world, is painted as irredeemable.  Be careful what your children are exposed to in the schools and hold those people accountable who attempt to subvert their education.  Indoctrination is not only happening in far-off school districts in ultra-progressive America.  Indoctrination in the schools is alive and well in Idaho.

Photo by Sinitta Leunen on Unsplash 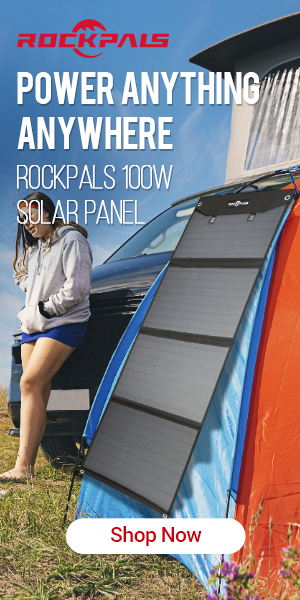