“The first step towards getting somewhere is to decide that you are not going to stay where you are.” – Chauncey Depew

Last November I launched WithdrawConsent.org as the first step in an intentional journey toward self-ownership and self-discovery.  I don’t see a point where this site ever goes into auto-pilot, but I hope that it continues evolving and that the inspiration continues to flow indefinitely. Since that time I have taken steps to start this journey in several ways:

The journey to self-sufficiency got an early head start because of the Covid-19 pandemic. Back in February / March of 2020, I was listening to a CDC press conference recommending that US citizens prepare for work-from-home and homeschooling.  In my nearly 40 years I have never before heard govt. make statements like this. I was already in a heightened state of awareness given the first 3 years of the Donald Trump Presidential Administration.  Because of the un-ending and contrived scandals that I viewed as a rolling coup d’etat, I naturally viewed the pandemic as an extension of what we had come to experience the 3 years prior.

My spouse is in the medical field, and with the unknown nature of the disease and the potential exposures on the frontlines of medicine, I was alarmed. What followed was an immediate trip to Big Lots to pick up essentials for a pandemic scenario.  I stocked up on dry and canned goods.  I stocked up on paper goods, PPE, and disinfectants.  I stocked up on OTC medications, vitamins, and supplements.  I stocked up on emergency supplies from batteries to ammunition and fuel.  I built a decontamination box from a Rubbermaid tub and a commercial Ozonator for the wife to disrobe into before entering the house.  I set up sanitation stations in the downstairs guest room for the wife to get cleaned up before entering shared parts of the home.  And finally, I sent out warnings to the rest of my family to prepare accordingly. The American public had very little information regarding the disease itself given China’s secrecy on the subject.  Early video out of China showed people dropping dead in the streets.  There was much to fear. In a biological warfare scenario, the best that we could do was to fortify our known defenses. The psychological benefits of preparation cannot be understated.

Since beginning this journey in November of 2020, our family has moved a little quicker on our 5-year plan.  Several years ago we created a hybrid Dave Ramsey debt reduction plan to pay off small debts and roll the monthly obligations into larger debts.  We’re near the backend of that 5 year period, and we’re actively looking to eliminate our remaining debts out of our savings while trying to retain 6 months of emergency funds in savings. The preparation that began with the pandemic has continued.  Long-term goals have yet to be fully established or realized, but we have acquired the necessary materials to create our garden this Spring and begin to grow our own food.  My wife would like to acquire chickens, and that is something that is definitely on our shortlist toward hybrid-homesteading.  This is an interesting dichotomy for a self-admitted tech adopter.

Our home is already on an artesian well, so access to water is readily available; however, getting water from more than 300 ft. below the ground is a challenge in the absence of the power grid.  The short-term solution to this is to have a switch put on the well that we can use to tap into a backup generator. Since we live in wildfire territory, this is an absolute must if you hope to keep the sprinklers running during a wildfire scenario.  We built a shop last fall and I have set it up to run on small solar panels and backup battery supplies.  While this is affordable in a small application like a shop, it is not the most cost-effective solution in a whole-home scenario in our part of the country where power is inexpensive.  If you are going to pursue an off-grid lifestyle, then it must be about the lifestyle and not the financial benefits of investment.

I have been a proponent of supporting local institutions for some time.  This wasn’t born out of a sense of nationalism or nativism, but rather as a matter of self-preservation.  Southeast Idaho is an agrarian region and as such there aren’t always opportunities to enjoy modern conveniences that densely populated urban centers enjoy.  As such, we try to patronize local institutions if for no other reason than to have them available to us when we want them.  For instance, we’ve always kept a local zoo membership though we may only visit once or twice a year.  We always buy season passes to the local ski hill, though usage is highly dependent on seasonal climate.  Covid-19 related closures only bolster the need for this strategy.

Over the last year and in the face of Marxist race-rioting and cancel culture, consumer behavior has been shaped both voluntarily and involuntarily.  Whether as a result of corporate activism that sought punitive measures against consumers that don’t adhere to activist sentiment, doxxing by fellow members of the public, or censorship and removal from the public square by legacy and social media, consumers have been subjected to new criteria by which to make buying decisions.  What I have sought to do in response is to augment my buying patterns on my own terms.  That means to be cognizant of who, what, and where I spend my labor.  If companies and corporations have acquired so much wealth that they no longer care about willfully turning away their consumer base, we’re in trouble.  If there is a moral advantage to Capitalism, it’s that in its purest form Capitalism makes commerce agnostic.

So in what ways have I augmented my consumer and social behavior?  First, we shifted local buying behavior to support stores that benefit the local community most.  Instead of choosing a national grocery chain with an adversarial ethos, we chose a regional grocer that is employee-owned and agnostic.  Then, we canceled several media accounts.  We canceled Netflix and Pandora subscriptions.  We canceled paid online sports forums (and believe me that is one of the few passions I have).  We canceled Twitter and Instagram and I uninstalled Facebook from my phone so that I only use it for work.  I switched to paid Gab Pro and Parler as the social media forums of choice.  I shifted my focus to increasing privacy so that my shopping behavior was not enriching Big Tech.  I changed my search engine to a privacy-focused browser, installed browser extensions that block usage tracking, and installed browser extensions that help me to be more choosey in buying domestic and local.  I installed a firewall that gives me a more granular level of control over my smart home.  I paired remotes with home smart speakers and turned off the microphones on the speakers themselves to require a remote button press to utilize the smart speakers,  and much more.  The heart of these changes we’ve made and will make moving forward is to be more intentional and more discriminating in the economy we create within our home.

Finally, taking ownership of one’s life requires one to be active within the communities they participate in.  Following the Presidential election of November 2020, it became apparent to many that large players had worked in coordination to undermine local and regional implementation of elections.  Changes were made to election procedure outside of Constitutional confines that usurped local authority and replaced existing procedure with unsecure and partisan procedure.  And the reason that this was able to happen was that local politicians were either disengaged, apathetic, or maliciously involved to their own nefarious ends.

So what does this require of us peons?  We all hold a measure of responsibility for our current state.  For too long we were disengaged and too comfortable in our American lifestyles and assumed that those we put in place to speak on our behalf were going to do just that.  Our only option now is to engage in our local communities. We have to get involved in local counsels, boards, parties, etc.  For my own part, I sought out my local representation.  I asked what measures they were working on to prevent issues like those experienced elsewhere in November 2020.  I will continue to reach out as necessary, but in not receiving a timely response to my inquiries I reached out to my local newspaper in a letter to the editor.  As a result, the paper invited me to share my letters in a weekly column and that’s where I am today.  A portion of these blog posts will appear online and in print locally. It is my prayer that the additional seat at the local table will be a fruitful endeavor that inspires others to get engaged and get involved.

Photo by Valentin Antonucci from Pexels 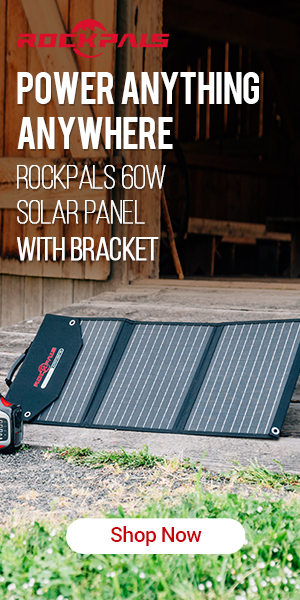