My writing is my corner of the world to explore withdrawing consent from a system that no longer deserves it.  I make it a point not to pen entire articles maligning my peers in the opinion section of the Idaho State Journal, better yet making assumptions about any number of boogeymen ‘isms’ that I invent to explain why people might disagree with me. There are bigger fish to fry in this backward society.

Several times now the left spectrum of our columns section has derided this author with pejoratives maligning oppositional thought as a character flaw tantamount to Naziism or the KKK.  That was the case this past week with the piece titled “It’s Not Pie“, by Helen Delahunt-Avila.  She opens with her favorite t-shirt slogan about equality not being a finite pie.  I couldn’t agree more with Mrs. Delahunt-Avila on this matter.  However, she should be careful not to conflate equality and equity.  Equality means that whatever your lot in life, you will receive equal opportunity and treatment under the law.  What leftists typically conflate this with is equity, which refers to a share in the ownership of any given thing.  It is their position that fairness is a matter of equal outputs, regardless of inputs. And on this matter, they are just plain wrong.

In trying to narrow down exactly what Mrs. Delahunt-Avila is attempting to say, she inadvertently runs down many diatribes on white supremacy or bigotry or something.  Somewhere between telling us about the servants she had in another country, I tuned out.  As a general rule, people who have servants probably don’t get a seat at the discussion table on matters of privilege.  Ironically, leftists like Mrs. Delahunt-Avila stand on a soapbox of inclusion and diversity from one of the whitest platforms in the nation.  This has historically been referred to as “White Knight Syndrome”.  Idaho’s Left wishes to champion the cause of the minority, on behalf of the minority, whether or not the minority asks them to.

Democrats taking this position of speaking on behalf of minorities is not unique to Idaho.  They have been doing it since the beginning when they literally traded in human beings. To this day, they still claim a sense of ownership over the votes and the minds of minorities.  They peddle in historical revision, such as the assertion that Republicans are responsible for racial inequity in this country.  A factual review of history shows that this is exactly the opposite of reality.  Those who most championed individuals without a voice were in fact on the Right spectrum. Here is a short laundry list of policies that Democrats wish to ignore in selling their division of society:

I’m sure I’ve left plenty off of this list, but a short review begins to paint an entirely different picture than that which Democrats have tried to sell to decades of public school children.  For instance, they sell the lie that they were always the good guys but traded parties in the 1960s and now all of their past transgressions belong to Republicans.  This is a ridiculous premise and is patently false.  God is not fooled by labels. It’s the condition of the heart that created these bigoted policies in the first place. In the 1960s a single national politician switched their party registration in Strom Thurmond.  Every major racist policy of the last 240 years still finds its origin in the Democrat Party, and to this day they continue to claim ownership over the minds and votes of minorities.

Ask any minority that challenges approved thought like Kanye West, Nicki Minaj, Lil Wayne, or any other pop culture icon that doesn’t toe the Democrat Party line; if you challenge the cultural hegemony, you will be canceled.  Or ask Larry Elder, whom the LA Times deemed the “Black Face of White Supremacy.” Just as they have for 240 years, the Democrat party demands that minorities know their place and stay in it.  As Dinesh D’Souza put it, the Democrat policy of “You work, I eat” is as relevant with today’s redistributionist policies, as it was when they literally claimed ownership of people’s labor.  At some point between slavery and Woodrow Wilson’s income tax, Democrats figured why stop at picking cotton when you can scrape off any portion of the entire populace’s labor that you so choose?

In reality, modern-day leftists are just self-loathing individuals who wish to make penance for historical transgressions by self-flagellating on public display, and they don’t want to do it alone.  Their self-hatred and guilt consume them to the point of projecting their sins onto the greater society.  Like all Democrat policies, they demand that reparations be made and that someone else pay for them.  This is how we arrive at the Critical Theory worldview of systemic ____, whether that be racism, sexism, patriarchy, etc. Since CRT was only theorized in the 1970s and since it is a view of society along racial and power lines, it is not history.  It is merely a way leftists have devised of viewing society to explain poor outcomes they may feel personally responsible for.

There are no good political parties in the United States today.  George Washington loathed parties at our inception.  I believe that the Republican Party continues to have the most equitable and correct ideas about a free society, though unfortunately, it is full of self-interested humans.  If you’ve never received an invitation, let me be the first to extend a hand and welcome any and all minorities to the conservative side of the political spectrum.  We won’t infantilize you like the American Left.  We don’t feel entitled to your person. You are sovereign human beings, entitled to all of the rights and privileges guaranteed by the Constitution like everyone else.  We won’t belittle you, speak on your behalf or demand your allegiance or your vote.  All we continue to ask is that everyone extends the same God-given Liberty to us that we seek to extend to others. 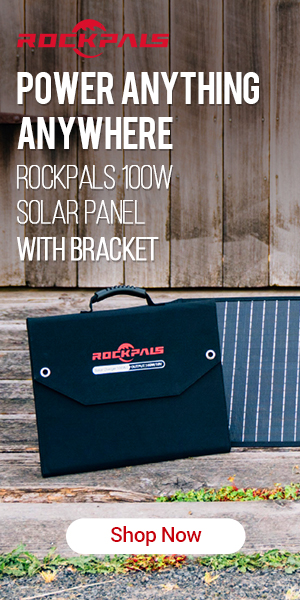